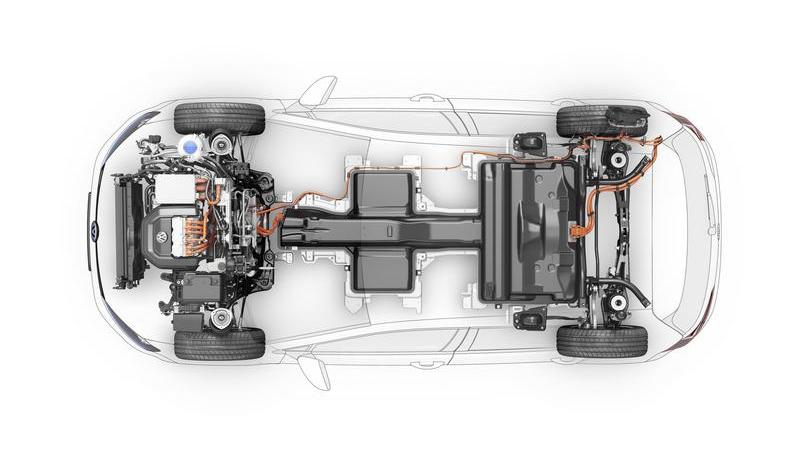 AutoCar was one of the first publications to cover the fact that come 2019, we will be getting a mild-hybrid Golf. Unfortunately VW stated they will not sell PHEV's to Americans although there's some hope for Canada. Instead VW will continue pushing the e-Golf across North America as they are right now. The 8th Generation e-Golf is said to get over 180 miles range, keeping it at par with the new Nissan Leaf but falling short to the Chevrolet Bolt (230+ miles)

Quote:
The eighth-generation Volkswagen Golf, due in 2019, will be VW's first passenger car to adopt 48-volt electrical architecture, as revealed by Autocar only last week - and one of its impacts will likely be to redefine what's under the bonnet of the low-emissions BlueMotion model.

Volkswagen's strategy until now has been to fit a low-emissions diesel engine, augmented with low friction transmission oils and tyres, into the Golf BlueMotion as an alternative to economy-minded full hybrid petrol-electric hatchbacks such as the Toyota Prius.

But VW brand chairman Dr Herbert Diess has told Autocar that the advent of 48-volt electrical architecture will make it possible to beat the homologated carbon emissions and fuel economy of a small-capacity diesel Golf using the more powerful energy recovery and electrical assistance solutions that 48-volt technology allows for in a mild hybrid - and to do so in tandem with a small petrol engine and for a similar overall cost of a mild hybrid diesel powertrain.

"We will still offer small capacity diesel engines in the next Golf because they remain important in many markets, and because for customers who do high mileages they will remain the most economical choice," Diess explained. "But 48v allows you to recycle energy more efficiently than 12v and to use it to drive the car with an electric motor of about 10- or 12kW, at a much lower cost than you can with a full hybrid powertrain today. So for those who drive mostly in the city or only cover 6000- to 10,000 miles a year, the new mild hybrid solution should be better."
- AutoCar
______________________________________ 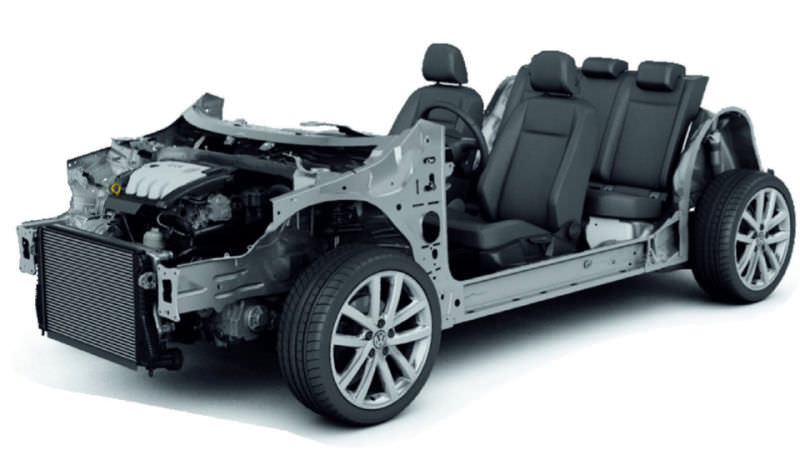 All but confirmed is the potential loss of 70kg's thanks to VW's all-new MQB platform. The new platform is designed to allow VW (and any other brand it owns) to tailor style and weight as required which in this age of MPG number battles is a key asset. The MK8 will be up against some stiff competition as already seen from Honda and Ford but even with limited information it seems that VW could reign king of its segment.

Quote:
[The] next generation of Golf  which we are, lets say, quite advanced in the work on  will be the versatile car, Diess continued. You might call it once again Das Auto because it is such a good package for a five-seater; it works so well.

VW will use an updated version of the MQB chassis for the next-generation hatch, which is expected to shed up to 70kg due to the use of more lightweight materials. The shape or indeed the exterior of the Golf wont change dramatically, but a more svelte front end with a lower bonnet and sleeker LED headlamps will feature, as our images show. More changes are evident at the rear, where the Golf will get more squared-off shoulders, while Golf lettering will appear beneath the VW badge for the first time, similar to the new Arteon.
- AutoExpress
______________________________________ 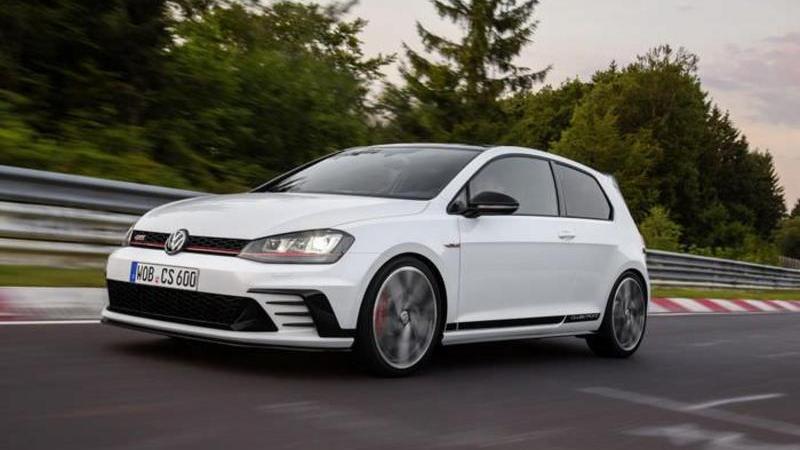 For those of you getting the mild-hybrid GTI will be pleasantly surprised by the difference and "overboost" function will have as Citizen reports. Ultimately it will allow the front-mounted electric motors to boost low-end torque once in a Performance Mode. This will further complement the reported 7-speed dual clutch transmission and what we learned the MQB platform will do for its overall structure. This will be nothing short of impressive.

Quote:
The target power output for the base GTI is said to be the recent Clubsports 195 kW. It is rumoured that an overboost function provided by an electric motor mounted in the front section of the transmission is a possibility, effectively turning the next Golf GTI into a mild hybrid.

The Golf 8 GTI Clubsport could pack as much as 240kW from its 2.0-litre turbopetrol.

The eighth Golf GTI is expected to feature a mild hybrid system by adopting an electrically operated compressor to boost low-end torque.

Rumour has it there is going to be a Performance mode, which, upon activation, will turn on an electric motor mounted in front of the seven-speed, dual-clutch gearbox.
- Citizen 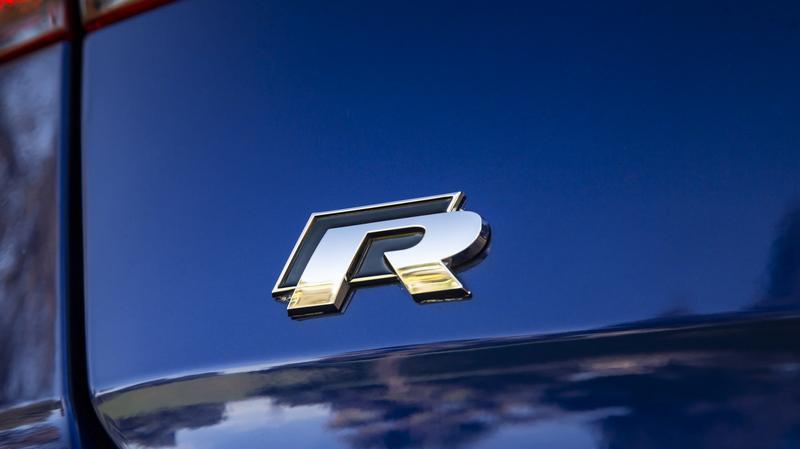 Reports have been going around suggesting the next Golf R will rival power output from one of its key rivals, the Focus RS, for an increase of about 50hp over the current Golf R. Due for 2020, there's still time left for Ford and even Honda to further set the bar. Even if VW doesn't get higher overall power output, we bet they can with a better road and track focused torque curve. So far VW has proven they can pull out all the stops when required the only question is, will they.

Quote:
Now for the fun stuff. Autobild is reporting that the Mk8 GTI will boast 250-horsepower (up from 220-HP) while the next Golf R will produce 350-hp (a marked increase over the current 292-hp), matching the outputs of their respective Ford Focus-based rivals.

Despite all of the improvements and tech, the Golf range's pricing structure is not expected to move, thankfully. To be released as a 2020 model year car, the Mk8 Volkswagen Golf (and perhaps its derivatives) will reportedly be revealed at Frankfurt in September 2019.
- TheDrive
If you need Admin assistance please post here:
https://www.8thgolf.com/forum/5-amggt...help-feedback/
Administrator is offline
Quote
post #2 of 20 (permalink) Old 01-15-2018, 04:45 PM
VRSIX
Senior Member


Join Date: Oct 2017
Posts: 245
Can't wait for the Golf R but in the end these numbers won't matter much because most owners look well beyond that and instead judge the car overall.
Any slight lack of power can be made up for with air/fuel modifications along with ECU tunes. I'm worried about all the things we cant change as easily.
VRSIX is offline
Quote
post #3 of 20 (permalink) Old 01-16-2018, 10:59 AM
Franks
Member


Join Date: Oct 2017
Posts: 78
What would your concerns be?
Overall power numbers aren't the most important, especially when there's always going to be something more powerful out there and it's not worth the effort chasing the higher horsepower. What matters is the torque curve and they did say the new Golf R is tuned for better road and track focused torque. VW would do well to tune the normal Golf models for a similar curve.
Franks is offline
Quote
post #4 of 20 (permalink) Old 01-16-2018, 02:06 PM
VRSIX
Senior Member


Join Date: Oct 2017
Posts: 245
Some people suggest that down the road eventually the adaptive suspension feels a bit rough and doesn't live up to how it was off the line. So that will be something I look out for as these get into the hands of owners.
VRSIX is offline
Quote
post #5 of 20 (permalink) Old 01-25-2018, 11:55 AM
SirPhil
Senior Member


Join Date: Jan 2018
Posts: 177
I really hope the Golf is able to deliver on that 350hp R variant. But I would agree that's not all it'll take to rival that of the Focus RS. It seems as though a lot of the high end sports hatchbacks aren't coming until 2020, so I guess there's plenty of fine tuning to be done between now and then. I wonder if we will see anything like the GTE golf sport concept.
SirPhil is offline
Quote
post #6 of 20 (permalink) Old 01-26-2018, 11:38 AM
DasGary
Senior Member


Join Date: Jan 2018
Posts: 149
I love the look of the concept GTE Golf as well, but I think its futuristic styling is liking to change should it ever come to production. If the Golf R does reach its 350hp output, that will put it on an even playing field with the RS in terms of raw power. On the track its anyone's game, but I have a feeling for regular city driving we'll see the scales tip in favor of the new Golf.
DasGary is offline
Quote
post #7 of 20 (permalink) Old 01-26-2018, 01:22 PM
VRSIX
Senior Member


Join Date: Oct 2017
Posts: 245
Quote:
Originally Posted by DasGary View Post
I love the look of the concept GTE Golf as well, but I think its futuristic styling is liking to change should it ever come to production. If the Golf R does reach its 350hp output, that will put it on an even playing field with the RS in terms of raw power. On the track its anyone's game, but I have a feeling for regular city driving we'll see the scales tip in favor of the new Golf.
I think were it will really get exciting is when more design from the Arteon trickles down to cheaper models like this. If it doesn't happen by the mid-cycle refresh then i doubt we will get it till the next generation model.
VRSIX is offline
Quote
post #8 of 20 (permalink) Old 01-28-2018, 11:18 AM
SirPhil
Senior Member


Join Date: Jan 2018
Posts: 177
What sort of design ideas from the Arteon are you hoping VW brings down to the Golf? They are vastly different in size and with the hopeful release of R and GTI variants of the Golf, we should see some pretty impressive styling both inside and out.
SirPhil is offline
Quote
post #9 of 20 (permalink) Old 01-29-2018, 08:23 PM
VRSIX
Senior Member


Join Date: Oct 2017
Posts: 245
What I like a lot is the more audi-like design and the more we can see of it in cheaper models the better of VW will be. Its a bit ambitious to expect that but at the same time with a redesign, they have the opportunity.


Join Date: Oct 2017
Posts: 82
Maybe similar headlight design, but with one LED strip only and a less aggressive grille in the front. Won't do if the Golf looks too similar to another more expensive model.
Looks aside, power trains comes second in importance and I'm looking forward to the petrol hybrid model. The 70kg weight loss from the MQB platform will just be added back in as a battery pack and motor.
Bogey is offline
Quote